Jewish RIC-CU-LUM OF THE FUTURE 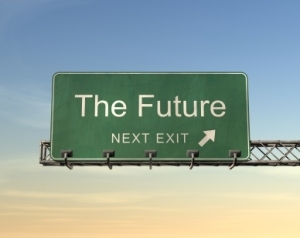 We know that the child of the future will enter with a very different set of skills and a very different learning context. We know that the families of the future will practice their Judaism in very different ways: synagogues will be less central, Israel less overarching. And ethnicity will be the strongest Jewish connections. Parents will be making very different demands. We know that (a) there will be few content demands, (b) Hebrew will not make any more of a difference that we can give to it, (c) life cycle will be more brief (think of shiva as “one” and not “three”) and (d) seeing as parents feel that they learned nothing (and are just as good for it) their worries about their children’s knowledge will be less so. And witnessing those who show up, (e) intermarriage is not the apocalypse.

Parents who want will want a strong Jewish identity, but don’t confuse identity with a sense of obligation. They will have strong commitments towards Justice, but they will not connect it to things Jewish. They want Jewish happy-times, for them and for their children, and so more than ever we will be in the edutainment business.

But let’s not focus on the negative. I don’t care anymore about what we can’t teach. I want us to focus in on the education that will still matter.

Jewish leadership is at risk

Jewish organizations are folding. We can witness the slow decline of above 48th floor offices in Manhattan. Leadership roles are at risk. We all know about the unsure placement of students from the major schools. We are producing too many rabbis, and jobs down the line are also being chopped off.

A micro-example. There was never a reason to have a Rabbi at a mezuzah hanging. Most Jews could handle one blessing and the Sheheheyanu. But since the 50s, Rabbis were needed. Where one always wanted “the Rabbi” to hang the mezuzah (and bless the house) now we have many more mezuzah hangings than employed Rabbis. More and more, Jews are doing it on their own. Moses did say, “Are you jealous for my sake? I wish that all the Eternal’s people were prophets and that the Eternal would put God’s Spirit upon them all!” (Numbers 11:29)

Mezuzah Project Based Learning: Google “Mezuzah.” You’ll figure out the right number of z’s in the word. Buy a Mezuzah on line. Google “Klaf.” Then buy one of those, too. Find a mezuzah hanging ceremony on line. Hunt until you find one you like. Invite a few friends. Make some food. Start with your ceremony. Serve food. Have fun. Get hammer-manifesting Jewish identity. No two-thousand dollar plus a year synagogue membership was necessary.

Jewish education is shrinking with fewer schools, fewer professionals and fewer hours. Some places are growing. Those are the ones that have intuited Relational Judaism, et al. But the trend is a downward spiral circling three drains.

Finally, education is so out of favor that the State of Florida is thinking of ending public education, giving it over to private companies and imitating the American prison system (Washington Post, March 1, 2012. Jewish education in the universe of charter schools will be interesting at best.

Together this means great climate change for American Jewry. Lots of our institutions will wind up on stilts, but will still function. Looking at the future curriculum of the Jewish school let’s talk about some truths.

We are going to going to need to devote days to making costumes, grogging at Haman, and making real Purim fun enough to give up discretionary time to try for real.

4,         If most Jews are only going to get good enough at making a Hillel sandwich and dipping their little finger ten times into a glass of wine, we are going to need a class of people who still know how to read the words and structure the ritual, and 8 rabbis for 3,000 Jews isn’t going to do it. We are going to need a whole layer of what Rabbi Harold Schulweis z”l labeled “para-rabinics.”

Think of this outline as a scrawl on a slightly damp napkin, first thoughts. Your contributions are most welcome. E-mail in your thoughts to joel@torahaura.com. Go ahead.

This entry was posted on Monday, May 4th, 2015 at 10:20 pm and is filed under Camping in the Classroom, Engagement, Innovation, Jewish Education, Jewish Life, Jewish Peoplehood, Musings, Teaching. You can follow any responses to this entry through the RSS 2.0 feed. You can leave a response, or trackback from your own site.