The Future’s so Bright… 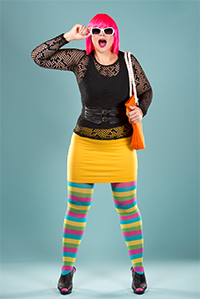 The first characteristic of schools of the future will be less regulations and more choice. Requirements will all but disappear and choices will abound. Rather than reinvent the school, educators of the future will expand the repertoire of choices that can add up to a schooling.

A lot of “something is better than nothing” will be going around. Compromise is the hallmark of the era. The ages of schooling will grow as well, more downward than up. It will start with Jewish infant care and go straight through Jewish after school care. A prediction: even high school education will make a comeback if (a) the costs can be defrayed, and (b) some staff member devotes his/her time to it.

Shapes of Things before Mine Eyes

Sunday mornings were a good time when the rest of North American was already in Church. Tuesdays and Thursdays (pre-High School teams) were also open times. Now in a fury of lessons, teams, and activities the American middle class family seeks to fill every spare moment. Everything conflicts. Finding new (conflict free) moments for Jewish schooling is indeed a mighty challenge. It will need a Mormonic solution. Mormon’s are good at out-of-the-box scheduling.

We know that the Jewish school of the future will be more communal, more project than curriculum driven, more national than religious—and everything will seek to involve and absolutely not offend the intermarried. Engaging the intermarried is the issue of the Jewish future. We may just not want to admit that we are there yet, but we are.

Social will be a large part of the “Hebrew” school of the future. “Camp-style” programs will be everywhere. Informal and formal education will no longer have even a semipermeable membrane between them. We are heading back to the Wild West where each school makes its own curriculum and national organizations (which are quickly falling by the wayside) will no longer mediate a central expectation. Consider it curriculum by Twitter, lots of suggestions informing complete individual choice. Regulation will be in the hands of the consumer.

Think of schools as flowing in the highways and by-ways of some steam-punk future. It is all a technology front-loaded Victorian adventure; with old steam-tunnels buzzing with computer tones of past victories. It needs to be all comradery and fellowship. Friends who stick together after all that have been and for all that will come. It is past-victories becoming near messianic improvements in the world (two helpings of service learning please).

Major curricular changes will include: (a) teaching being a Jew as heroic, (b) the Holocaust as ancient history (as mythic as the Maccabees), (c) no automatic commitment to Israel, (d) the emphasis on Jewish self-esteem rather than identity, continuity, or any other kind of group commitment, (e) despite the historical warnings and midrashic diatribes, Hebrew will be decentralized and deemphasized, (f) any semblance of chosenness or specialness with be edited out of the telling of the Jewish story (Dayennu), and (g) settings that make space for non-Jewish friends will be more attractive.

The Future’s Not Ours to See…

We like to say that America is a different place for Jews. David Sarner likes to say, “Jews didn’t change, America did!” pointing to the assimilation of Japanese Americans. If you read The Story of the Jews by Simon Sharma, you will learn that Jews frequently live in peace and solid neighborliness with their non-Jewish neighbors. The Elephantine Papyri, The Synagogue at Dura Europos, and the Cairo Geniza all testify to periods of religious pluralism and tolerance where living with and learning from their neighbors didn’t interfere with the survivability of the Jewish people. Isolation is not a necessary factor for a positive Jewish future.

In building towards this unresolved future, Torah Aura Productions is making two contributions this year. One is rooted in camp, both are steeped in technology. I want to talk about the vision of each and present them for your consideration.

Torah-Toons was a founding project of Torah Aura Productions. It was a series of five minute pieces of media, one for each of the first 36 Torah portions in the yearly cycle. It was based on Man: A Course of Study an experimental educational exercise in “advocational learning.” In secular education this meant teaching not social studies but how to be an anthropologist. In Torah-Toons we tried to have students become biblical commentators. That was a long time ago.

Torah-Toons is now posted (for free) on YouTube. A brand new manual has been written and the material all reworked into (a) a home-experience where families watch the videos together and then do a values exercise, and (b) large-group experiential gatherings at school that work on a camp model.

The New Manual is called: Camp Torah-Toons. Torah-Toons One: The Flipped and Unflipped Classroom Guide. The Flipped Classroom has classes watching lectures at home (on the internet) while classwork is given over to the kind of practice and application that is usually homework. In the flipped Torah-Toons (a) watching the media—something that would normally be done with a projector in school—is moved home and allows for family involvement and (b) the reading and unpacking of the text is translated into a series of camp-like programs that are done at school.

The manual provides not only the directions to all of the necessary activities and background information for the teacher, but includes (with permission to photocopy) all of the need handouts and resources to run “Camp Torah-Toons” or to teach Torah-Toons in a traditional manner.

PrayerTech is an electronic approach to prayer mastery. Using an application for students and a website for educational leaders, teachers, and parents, Prayertech allows schools to set an individual curriculum for each student or class while allowing each student an individual experience. PrayerTech starts with teaching 41 basic prayers and rewards student activity with the chance to spend time playing a game. More prayers are in the process of being added but this is more than are found in Journeys, S’fatai Tiftah, or Pirke Tefillah; and more are going to be added.

Because it is customizable, PrayerTech can work with any prayer curriculum or can work alone without any other book or resource. It teaches and drills on vocabulary, recognizing roots, approximating meaning, and especially on oral performance of the prayers. Every week a student can record a portion of the prayer on their device (I-pad, Android Tablet, Mac or PC) and e-mail a sound-file to their teacher. S/he can listen, evaluate and send a response in an e-mail. Teachers, the educational leader, and parents (if you and they want) can track time on task, exercises completed and scores.

PrayerTech is the most fun you can have learning the liturgy and there are games, too. The process can work in class or at home, the only requirement is a “teacher” to hear the “e-mails” and respond.

Days of Future Past

The systems that sustained Jewish education are collapsing. National organizations are in trouble. Bureaus of Jewish education are closing or rebranding, and sometimes rebranding and closing. Schools are very much on their own, so are teachers as teacher training falls out of favor. We know two things: (1) Most teachers teach the way they were taught and (2) the way we were taught will not play in the present (let alone the future). We are going to have to find a way to change this.

While this is the information age, we are in the era of the “sovereign-self”. While, there is much focus on information that is archived, there is little said about the knowledge that is lost. Simply put, I don’t know a single phone number of anyone I call but I have access to thousands of Facebook friends to whom I never write. That is true of this moment in Jewish education. Relationships are being transformed. Information has a different value. Because of all of this both a new freedom and a new powerlessness abounds. We are literally now a generation who knows not Joseph. This is going to mean some big changes for Jewish education,

We are now working with younger and older Jews in much greater numbers than we have before. We have little sense of obligation working for us, but we are discovering how to offer better choices and make them attractive. We still have things to offer that can’t be found elsewhere. We also have a lot more second and third opportunities to create engagement. We can benefit from technology and benefit from the things that technology does not readily offer.

We are entering a moment where ending loneliness is a big plus. While our dependence on grants and big donors may be collapsing—flash mobs and crowd sourcing offer new possibilities. PJ Library still represents an effort and a success that is unparalleled in the history of Jewish education. Tevya no longer speaks Yiddish, doesn’t want a seat by the Eastern wall (I googled which wall) and doesn’t have studying the holy books as a goal. But, we still live in a world that is broken, have a God that is broken—and are ourselves broken. We stand very much in need of redemption—and that need is still the key to our continuity. We will no long have monopolies on marriage and coming-of-age rituals, Jewish burial and Jewish health clubs are no longer big needs, but the deep resources of an ever-evolving way to heal the individual and the world remains a big sell. No one cares about the three waves of Jewish immigration to American anymore, but war, plague, and famine still impinge on our sense of wellbeing. You can tweet into the wind, or you can find yourself part of the solution. That is what Judaism still offers, and there is the Jewish education we can still sell. As long as death still hurts, people want friends, seek community, and need to make a different—we still have the story of how every Jew is a hero. The little jug of oil will burn for many more nights.

This entry was posted on Tuesday, January 20th, 2015 at 8:34 pm and is filed under Uncategorized. You can follow any responses to this entry through the RSS 2.0 feed. You can leave a response, or trackback from your own site.